On March 7th, the qualifying tournament of the UEFA European Futsal Championship 2022 between the national teams of Slovenia and Spain took place. SPORTRECS had the exclusive rights to distribute this match globally (except Slovenia, where the game was broadcasted on a local sports channel). This livestream has become a perfect opportunity to test new ideas, and at the same time a demonstration of how effective can the service be and what results it helps to achieve.

As part of the upcoming massive update of our Studio, we have started practical testing of its new features.

With a large number of Spanish viewers expected, we’ve connected to the broadcast a professional Spanish commentator from Madrid.

His feedback after connecting to the broadcast from the comfort of his home was:

«Awesome system. So useful! And very simple for the commentator».

It is safe to say that the remote commentator feature is a success.

Subscribing to the Arena (what we call channels) on SPORTRECS is called «Becoming a fan». The right holders on the service have the opportunity to give access to their broadcasts/videos for fans only. This allows you to quickly increase the subscriber count and grow your audience.

Example: Let’s say you have 150 games/events in a year. Make 15-20 of them available only for fans of your arena. This is a quick way to attract a decent number of subscribers who will receive notifications from you in the future. It’s simple and convenient. 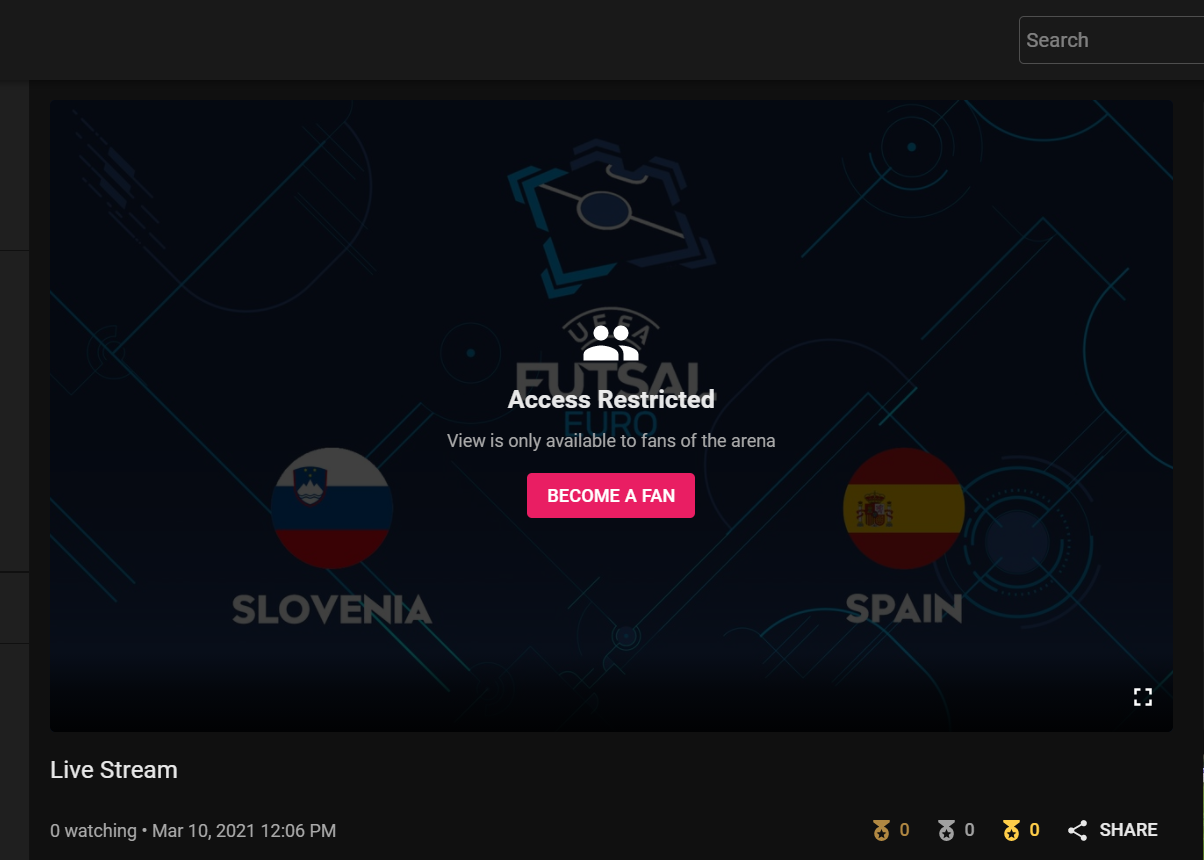 The official accounts of the Spanish national team posted a direct link to the broadcast in posts with the announcement of the upcoming game on their Facebook and Twitter.

During the game, in our virtual studio we created and immediately published clips with intense moments – 15 short highlights collected 7,4k views more.

Thus, the coverage of this broadcast was about 12k views.

Thanks to the fan-only access feature, we have received more than 2k new registrations for this day, of which more than 1,5k subscribed to the Arena with the broadcast of the game.

In the last 30 minutes before the game, a new registration happened every second.

In order to start monetizing content, you need to attract 1k subscribers to the Arena. As this case shows – it can be done in just one game.

In conclusion, we’d like to point out that after analyzing the feedback from the Spanish fans and all the participants of the broadcast, we have only found 2 negative comments (out of hundreds of others) regarding the mandatory registration.

Use the subscriber-only content restriction and the embeddable «Become a fan» button to increase your Arena audience.

It’s no «MATCH»: FC Sochi earned more than 2 million rubles for one broadcast on SPORTRECS
We are hiring: HR manager / IT Recruiter
New SPORTRECS feature – multiaccount